Cancer is one of the leading causes of death for firefighters and they have statistically higher rates of multiple types of cancers than the general population. There has been an increasing amount of epidemiological evidence linking occupational exposures from firefighting to various forms of cancer including

Research has shown that most of it is caused by carcinogens they are exposed to through soot particulates which are inhaled, ingested, and absorbed through their skin. The permeability of skin rises 400% with every 5 degree increase in temperature; therefore, the carcinogens that are in the soot are being absorbed quickly into their skin, particularly along the face, jawline, neck, and wrists where the skin is most permeable.

It has long been a “badge of honor” to be covered with soot, “proof” that the firefighter was not afraid to be on the front lines. However, scientific studies have shown that soot is a group-one carcinogen and that these toxicants can cause cancer long after the firefighter has completed overhaul and left the fire scene. It is often 2 hours or more before firefighters are able to get back to the station to fully decontaminate; therefore utilizing firefighter decontamination wipes while on scene is critical.

Responder Wipes are uniquely formulated to effectively decontaminate firefighters while still on scene and should be used to remove as much soot as possible from the face, ears, neck, jaw, throat, arms, underarms, wrists, hands, and all other contaminated areas. The firefighter cancer risk is no longer a dirty little secret. Be part of the cultural change and Reduce the Risk with Responder Wipes. 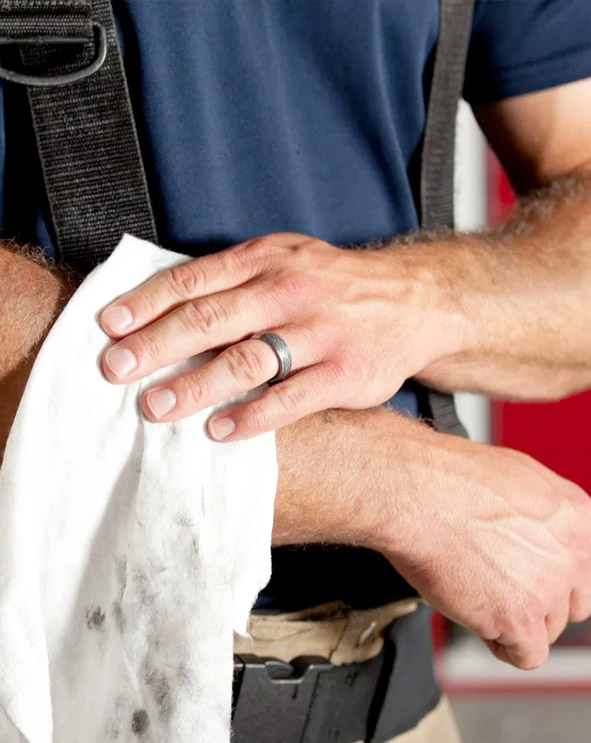 READY TO GET IN TOUCH?